I used to make dolls. I made a lot of fabric dolls. Making them, thinking about making clothes for them, was giggly fun. Making tiny clothes, and figuring out how to sew tiny shoes, and even making fancy laces for tiny fancy boots was about the best fun I could think of. My elder daughter Aerin told me, at age four, that she had enough dolls now thank you, and I could stop making them. I kept going for a while, and made more that were were more adult looking, but eventually I stopped.

Here are pictures of the Shaggy Man (who looks suspiciously like my charming husband) : 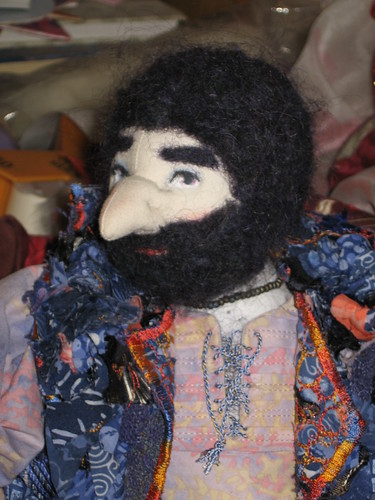 And the Queen of Hearts – she doesn’t look like anyone I know, but her sister the Queen of Diamonds looks like my maternal grandmother: 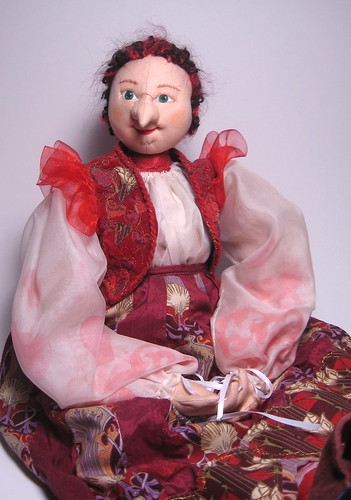 And a valliant attempt at a dollhouse sized doll in paperclay. Alice liked her just fine without clothes, thank you, so she was a kind of nanny in the doll house for a while, before Alice got a mad thing for chain mail and wanted her to more strongly resemble a warrior of the Khan. I’ll take a picture of her all decked in her war finery sometime. 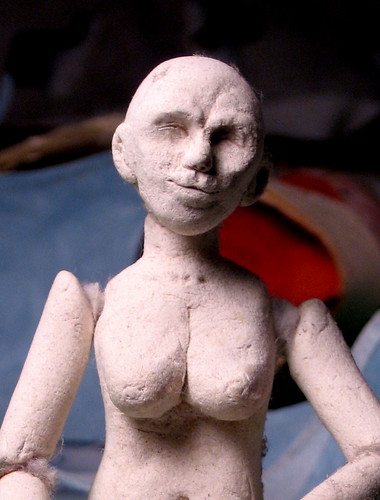