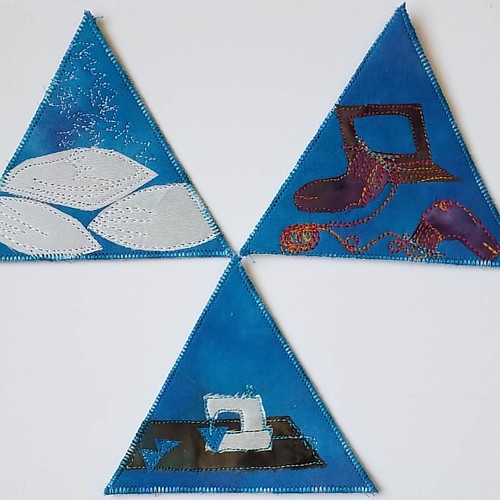 attached please find an experiment I am undertaking with Instagram. I have not yet wrestled it into submission.

I did bring home the memory of the blues and greens of Miami Beach and they are currently imbedded in this month’s triangles. Also I am interested in what I can attach to the triangles, for instance, thin pieces of wood, shells, cork… I have a lot of things I was interested in sewing onto other things.