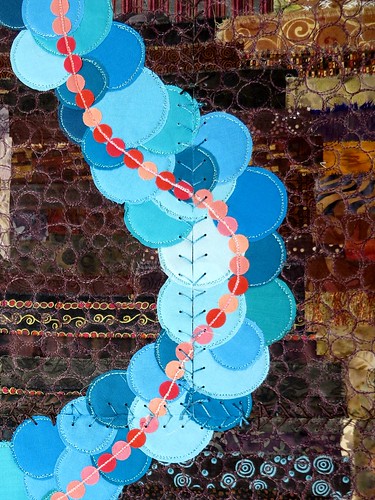 In which I again make something larger than I can photograph with any grace and have to get it photographed by someone with more space and larger equipment. Fortunately, I know who to go to (Stephen Petegorsky does excellent work).

I had this idea that the circles would get more intensely colored as they got smaller, which worked relatively well. The small peach circles are from a couple scraps that fell on the stack of blues when I was buying them. I collected some of these softer orangey-pinks for contrast, and the idea of finding another line down the river took shape.

I’ve already started the next too large piece. Just following my nose… Or my muse?